Welcome Our New Director of Technology 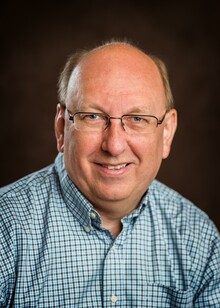 The Board of Trustees and Administration is pleased to announce that Lyle Roberts has been hired as Director of Technology for Westwind School Division.  Lyle has an extensive background in both education and technology, with over 34 years of professional experience. He holds a Bachelor of Arts and Sciences degree (French Major), a Bachelor of Education degree (Modern Languages Major), and a Masters in Education degree with a special emphasis on Information Technology Leadership.

Lyle began his career in 1985 teaching for the Department of National Defence at the Canadian Forces Base Suffield near Medicine Hat. He then spent thirty years with the Prairie Rose School Division as the Director of Technology and has worked for Foothills School Division in the Okotoks/High River area for the past four years as the Director of Learning Technologies.

Lyle says that he is happy to be joining Westwind, as his home has been in Cardston for the past four years and will be officially joining #TeamWestwind on July 2, 2019.